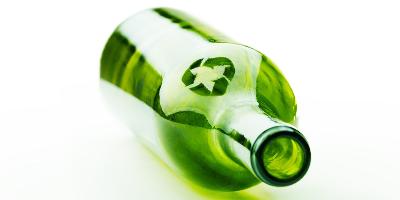 Innovation reached a new level at Saint Clair Family Estate last month, when the team undertook the challenge of having a “Green Month”.
Accounts assistant Tracey Gilmore took the lead, encouraging staff to try and reduce their carbon footprint, and to come up with ideas to contribute to a sustainable future.
“I’m a bit of an environmentalist, and I thought we should be doing something [at Saint Clair Family Estate], there’s so much we could be doing [to help the environment],” she says.
For the month of October, rubbish bins were removed from the staff room upstairs, meaning staff were responsible for the disposal of their own rubbish and recycling.
“As we have got more and more staff on board the rubbish and recycling bins have become more of an issue because they fill up quickly.
“We took those away from people, so they were responsible for their own rubbish for a month.”
Removing the rubbish bins was just one way of making people think more about where their rubbish goes, and how it can impact on other people and the environment, Tracey says.
As part of the initiative, staff were also invited to put forward suggestions of sustainable ways to reduce our impact on the environment going forward.
The competition, “How to be more aware of our impact on the planet”, offered a night for two at Lochmara Lodge or Mistletoe Bay for the winning idea.
It was open to suggestions that could be implemented at home or at work, and attracted a range of ideas, from walking or biking to work, replacing lighting with LED lights, introducing a wetland in one of the vineyards, planting native trees, reusing egg cartons as fire starters, having a pig or goat on site to assist the worm farm with food scraps, and utilising solar panels.
The winning initiative, put forward by assistant winemaker/grower liaison Chloe Gabrielsen, was to utilise the abundance of sunlight outside the winery to nurture a rooftop garden.
“The greenery would make a lovely contrast to the ‘concrete jungle’ surroundings … we could have our strawberries and citrus fruit here, along with fragrant herbs,” she said.
Chloe added that the garden could also be utilised as an extension of the staff room.
To be a winning idea, suggestions had to be something that could be put into practice at the winery, and Saint Clair Family Estate would be looking at implementing the rooftop garden, as well as some of the other ideas put forward, Tracey says.
Green Month sparked some good conversations and ideas amongst the team, Tracey says.
“The people who did send us an idea, they were totally outside the square … it’s got people thinking and talking and that’s where it all starts from, a bit of a conversation,”

Saint Clair Family Estate
Share this page
Back to top