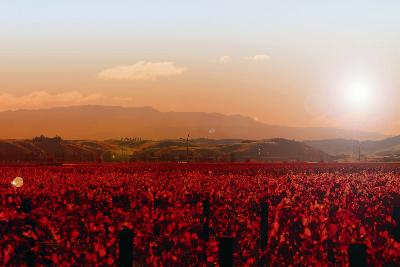 Villa Maria has been working on organic viticulture since 2000, and in 2007 achieved the internationally recognised BioGro Organic Certification for a 21 hectare block at the Joseph Soler vineyard. In 2009, Villa Maria was the first major New Zealand wine company to achieve full BioGro organic certification from the vineyard through winemaking & bottling to the export warehouse.

In 2010 the company released its first organically certified wines. It was thrilling when the Villa Maria Cellar Selection Hawkes Bay Organic Merlot 2009 was awarded a Gold medal at the New Zealand International Wine Show 2010, testament to the fact that organic practices from grape to bottle not only make sense from a sustainability perspective, but also produce premium award winning wines.

Today, 30% of company owned vineyards are under organic management, and with more conversions planned there is a strong belief within the company that organic management protects the soil for future generations.
Jonathan Hamlet manages the Joseph Soler Vineyard in the Hawkes Bay for Villa Maria, and is passionate about sustainable and organic winemaking. He is enthusiastic about going green, and says in support, “I have great confidence in organic production as a commercially viable management system, and I believe the sustainable benefits are important for the industry as a whole”. Two-thirds of this vineyard is organically managed, with the rest to be converted in future years.

Villa Maria - Auckland
Share this page
Back to top